The island of St Thomas, US Virgin Islands is the territorial capital of this US Territory. Home to just under half of all Virgin Islanders; it is one of the top cruise ship destinations in the Caribbean.

The island was originally home to a succession of early peoples including the Ciboney, Arawaks and Carib Indians. But it wasn’t “discovered” until 1493, when Columbus spotted the island on his second voyage to the New World. In 1657, almost 150 years later, the Dutch would settle the island and establish their foothold in what would become the Danish West Indies [ later called the US Virgin Islands ].

The Dutch tied their development to sugarcane production. Land was sold and plantations were carved out of the jungle and rock by slave laborers. Together with Saint John and St Croix, the Dutch began to grow their West Indian holding. 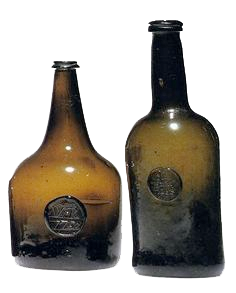 St Thomas’s main harbor was known as “Taphus” or Tap Hus meaning rum house for the many bars that lined the harbor. By 1691, Charlotte Amalie had grown to a bustling port offloading goods from Europe, Central and  and South America and loading sugarcane, rum and molasses bound for the US and Europe.

In March of 1801 the British fleet, without a shot fired, took the island. Only to return the island to Dutch control a year later! The second British invasion came in 1807, again a bloodless occupation of the islands. This time the British would remain until 1815; when they again returned the islands to Denmark! 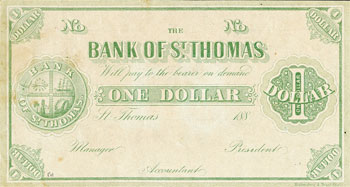 In the years that followed sugar production faced serious decline. Hurricanes and competition would weaken the industry until the Danish Revolution of 1848 when slavery was abolished.

In 1917 the Danish West Indian islands of St Thomas, St Croix and St John were purchased by the United States of America for a sum of $25 million dollars in gold.

Today the islands are US Territories; with citizens granted US citizenship since 1927. Charlotte Amalie, St Thomas still enjoys its favorable port and is one of the top destinations for cruise ships in the Caribbean. Beginning in the 1950, the islands have been a tropical holiday destinations for Americans. That trend continues today – with millions of tourists visiting each year.

Which Island is Right for Me?

ST JOHN - Looking for active, outdoor adventures, kayaking, hiking, stunning beaches and world-class snorkeling? Then the little island of St John is right for you! Almost 2/3rds of the island is protected by the Virgin Islands National Park. Hike old Danish plantation roads and trails. Discover ruins and scenic overlooks. Enjoy some of the TOP BEACHES in the Caribbean. Experience some of the finest shallow water snorkeling just a stone's throw from many of St John's beaches!

WATER ISLAND - Located a very short distance from Frenchtown, St Thomas sits Water Island. At just under 500 acres, it's the smallest of the US Virgin Islands; and the least populated ( 2010 census: 182 ). This laid back island's main attraction is Honeymoon Beach. Visitors can take the ferry to Phillips Landing to discover the island on rented golf carts!