Southern most and largest of the US Virgin Islands is the island of St Croix. At 22 miles long and 7 miles wide, the island covers some 83 sq miles. Nicknamed  “Twin City” because of the two main cities, Fredriksted to the west and Christiansted to the east.

Settled by indigenous groups throughout prehistory, until Columbus landed on the island on November 14, 1493. Territorial claims included Spain, Netherlands, Great Britain and France [ 1650 to 1733 ]. On June 13, 1733 France sold the island to Denmark-Norway and the Danish West India Company. For almost 200 years the three islands, St Thomas, St Croix and St John were collectively known as the Danish West Indies.

In 1916 Denmark sold the islands to the United States for $25 million dollars in gold. Transfer was completed on April 1, 1917. But, it would be another 10 years before residents of the US Territory were granted citizenship. 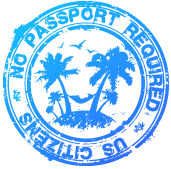 The island is also home to Cruzan Rum Distillery, founded in 1760; which produces Cruz brand rums as well as Captain Morgan.

Which Island is Right for Me?

ST JOHN - Looking for active, outdoor adventures, kayaking, hiking, stunning beaches and world-class snorkeling? Then the little island of St John is right for you! Almost 2/3rds of the island is protected by the Virgin Islands National Park. Hike old Danish plantation roads and trails. Discover ruins and scenic overlooks. Enjoy some of the TOP BEACHES in the Caribbean. Experience some of the finest shallow water snorkeling just a stone's throw from many of St John's beaches!

WATER ISLAND - Located a very short distance from Frenchtown, St Thomas sits Water Island. At just under 500 acres, it's the smallest of the US Virgin Islands; and the least populated ( 2010 census: 182 ). This laid back island's main attraction is Honeymoon Beach. Visitors can take the ferry to Phillips Landing to discover the island on rented golf carts!